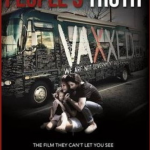 In 2013, biologist Dr. Brian Hooker received a call from a U.S. Centers for Disease Control and Prevention (CDC) senior scientist who in 2004 led the agency’s then-pivotal, now-questionable study on the Measles-Mumps-Rubella (MMR) vaccine and its possible link to autism.
​
The scientist, Dr. William Thompson, confessed to Dr. Hooker that the CDC had omitted from its final MMR report critical data that revealed an unmistakable causal relationship between the vaccine and autism. Over several months, Dr. Hooker recorded the phone calls made to him by Dr. Thompson, who provided confidential data that his CDC colleagues had destroyed—but that he had secretly saved and was now sharing.
​
After recording Dr. Thompson’s private calls, Dr. Hooker enlisted the help of Dr. Andrew Wakefield, the British gastroenterologist who had been falsely accused of purposefully starting an anti-vaccination campaign in 1998 with his research paper on a unique inflammatory bowel disease that appeared to develop in children who had received the MMR vaccine.
​
Ever the champion of children’s health and frustrated that the news media were refusing to report on the CDC whistleblower’s appalling admission, Dr. Wakefield decided that the way to spread the explosive story far and wide was to direct a film on the subject. The result was the 2016 release of VAXXED: FROM COVER-UP TO CATASTROPHE, which examines the evidence behind the cruel conspiracy committed by the government agency charged with protecting the health of American citizens.
​
VAXXED was accepted into and announced in the lineup of the 2016 Tribeca Film Festival with the support of co-founder Robert De Niro, whose then-wife believed that vaccinations had been a factor in their son’s diagnosis of autism. Then, amid unprecedented controversy and demands that it censor the film, Tribeca caved and pulled VAXXED from the lineup. Later, De Niro had a change of heart: He endorsed VAXXED in several television appearances and suggested, “Everyone should see this film and make up their own mind.”
​
On April 1, 2016, VAXXED premiered in New York City’s prestigious Angelika Film Center to sold-out audiences. It continued its Manhattan run for several weeks and at the same time, launched a national release that grossed over $1.4 million at the box office.
Following its theatrical debut, VAXXED opened up to an on-demand audience. There were more than 400 screenings across the U.S. and in several other countries at sold-out theaters and events. The documentary was also streamed and released on DVD, with the DVD often trending above several newly released blockbuster films on Amazon charts.
​
Starting with VAXXED’s initial release at the Angelika, parents of vaccine-injured children have tearfully approached its producer, Polly Tommey, whose story and son Billy are featured in the film. Naturally, they long to tell their own heartrending stories to a sympathetic ear. They include parents who are being called “crazy” by their pediatricians for daring to link their children’s unusual symptoms to recent vaccine injections they received. They include parents whose doctors view their vaccine-injured child as an obligatory one-in-a-million sacrificial lamb for herd immunity. They include parents who for months, if not years, have felt alone, censored, bullied, terrified, trapped in their cells of silence. Finally, these parents have somewhere to go, someone to talk to, someone who understands them and embraces them.
​
Recognizing that censorship of this already-marginalized community would only worsen, Tommey instinctively took out her cell phone as these parents stood in line to see VAXXED. She began to live-stream their simple but powerful words as they spoke of being daily eyewitnesses to their children’s sudden or slow deterioration—and, not infrequently, to their death.
​
By the end of the film’s premiere month, Tommey had taken to the road. She and the rest of the “VAXXED Nation” bus team began travelling the country, stopping in hundreds of cities and towns, and documenting thousands of stories of men, women, and children who have experienced or been first-hand witnesses to vaccine injury. Mixed in with these tragic tales have been accounts told through the eyes and hearts of compassionate doctors who have done their best to treat the vaccine-injured.
​
The people who comprise this movement are often disparagingly dubbed anti-vaxxers. What they really are—and what they insist on being called—is “ex-vaxxers.” The latter term indicates they were once in favor of vaccinations—had once received shots themselves and/or had given permission (though generally it was not informed consent) for their children to receive shots. And they had found out, the excruciatingly hard way, that the risk-benefit ratio was not at all what they’d been led to believe.
​
In four years, Polly and her colleagues on the “VAXXED Nation” bus tour have consoled thousands of vaccine-injured Americans and their loved ones. In that time, the panels of the beautiful black bus have garnered some 7,000 signatures from victims of vaccines and from those who have borne witness to a family member’s vaccine-caused devastation.